Welcome to Greece’s most famous cosmopolitan island, a whitewashed paradise in the heart of the Cyclades. According to mythology, Mykonos was formed from the petrified bodies of giants killed by Hercules. And did you know that the island took its name from the grandson of Apollo, “Mykonos”?

Set out on a journey to discover a fascinating world where glamour meets simplicity. On Mykonos celebrities, college students and families mingle together to celebrate the Greek summer. Whether you are an entertainment junkie out for a real good time, or a visitor who wishes to explore the island’s history and tradition, Mykonos will certainly meet your expectations.

One of the most famous destinations worldwide and a favourite holiday spot of the jet set, Mykonos is extremely beautiful and well known for its bare hills, the amazing sandy beaches, the white country chapels and the Cycladic architecture.

This small island of the AEGEAN, nowadays uninhabited, is one of the most important archaeological sites of the antiquity in the eastern Mediterranean Sea.DELOS is the legendary birthplace of the twin gods, Apollo and Artemis.
Remains of temples and residences are dating back from the Neolithic to the Roman periods. A half day trip (3 ½ – 4h), that includes the services of a professional guide to the sacred island of Apollo and Artemis, a famous political and religious center in antiquity.
The tour includes amongst others, visit of the remains of the Temple of Apollo, the sanctuary of Artemis, the old city and the theater and a walk down the celebrated Lion Street. Also, in the museum of Delos, visitors have the chance to admire Archaic, Classical, Hellenistic and Roman sculptures, a collection of vessels from all periods as well as items of everyday use.

Starting the City-and Island tour by walking the small and narrow streets, having many possibilities to take nice photographs in the early morning, quiet city. We get orientation and information in the labyrinth of the old town as well as impressions of the small port and the churches in town. Of course we will see the famous wind- mills and find Petros The Pelican, the mascot of Mykonos.
After this we are exploring the island with a car / van, visiting some of the most famous beaches and the inner landscape.
We see fishermen and kaikis, small private chapels and houses built in typical Cycladic style.
In the second main village of Mykonos, Ano Mera, an idyllic place 6km from town, where the guests have enough free time for a stroll around the traditional square and they can visit the monk monastery Panagia Tourliani built in the 16th century.
Next stop is Kalafatis beach were there is time to relax for a while and have a coffee or a refreshment (not included in the price). Before going back to town we visit the beaches of Ornos and Agios Giannis .At the end we reach a place with a fantastic view all over the town and the neighboring islands. 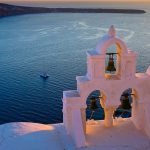 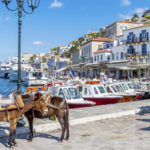 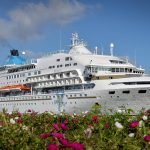 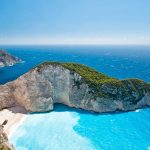